Perspective (and time) is a hell of a thing.  When I posted this photo on my social media pages on December 30, 2017 I must admit I never really took it in.  At the time of posting my caption read:  Ready to see the back of this year but here goes my #2017bestnine #2018willbebetter. 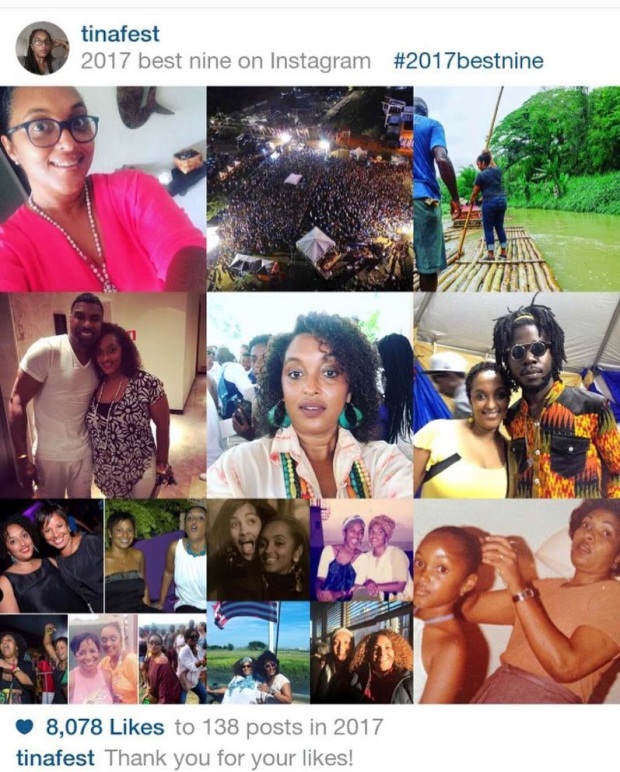 Just 2 1/2 weeks into my recovery from surgery, I was reeling, smiling on the outside, trying to be strong, but inside I was a mess.  I had just learned of questionable actions at the restaurant, forcing its temporary closure right at Christmas.  Although I was myself surrounded by the overwhelming love and support of friends and family, I was feeling an immense amount of guilt that my staff, although not without fault, were out of work during the holidays.  I felt FEAR.  What if I couldn’t reopen? What was I going to do?  Those were the things going through my head when I posted this collage.

Fast forward to now.   Today I have a chemotherapy session, after this one more to go. Praise God!!  Chemo although challenging has been manageable.  It took two months but Martha’s Kitchen finally reopened on February 27th, exactly 5 days after chemo began and with new staff I might add.  The restaurant is still not where I want it to be but its been steady and holding its own in this first month back.  Between cycles I’m still not able to work a full week yet, the whole heap of blood tests and as we say in Jamaica general ‘body come down’ (translation: exhaustion, feeling of weakness) have me a way star.  My new kitchen staff and extended family at Martha Brae have been champions at holding it down when I’m not around and for that I am eternally grateful.

Now when I look at this image, I see it through such different eyes.  I’m finally able to appreciate how really wicked this best nine of 2017 was.  Notwithstanding my breast cancer diagnosis 2017 wasn’t so bad after all.  Making the cut are three of my favorite women – my mother, my sister and my best friend.  Then a throwback photo of my first time working with Chronixx at Reggae Sumfest 2013 and the drone shot of our amazing show in Montego Bay a few months ago.  A little known fact to many was that show was just 10 days before my surgery and the best thing that could have happened at the time.  It gave me something to keep my mind off what was to come.  Me with cutey pie Genuwine after his BritJam 2017 performance. What more needs to be said? After all it’s Genuwine and he’s foine!  Me goofing off on a raft at my office…not a bad office eh?!  Rounding it out are two selfies.  The one in the middle was taken at the wedding of my brother’s brother back in late July.  Yeah we got that blended family too.  I remember how happy that time was.  It was the first time in years my father had his 3 children together, difficult to orchestrate often with one living in England, one in Virginia and me in Montego Bay.  Daddy had gone out of his way to pull off the trip.  My brother was in his ackee, as we say in Jamaica.  It was the first time he had his mother and father, his two brothers and two sisters all together under the same roof and he was like a kid in a candy store.  That selfie of me in the pink was taken and posted in October for breast cancer awareness.  I was still awaiting my biopsy results but pretty much already knew it was cancer from consultations with folks in the radiology world.  Funny enough, that smile wasn’t fake (not that I’m into fake smiling), I was on my way to getting healthy and felt ready to deal with whatever came my way.

So now, 3 months after posting, I’m happy to report that I’m finally able to appreciate this Best Nine of 2017.  Go figure…